A well known high street supermarket received a fine from the Information Commissioner's office (ICO) yesterday. I had a look at the details and you can too. It's not a vast sum but it should be cause for embarrassment. It should also be cause for concern for anyone working there who has anything to do with data protection given the approaching changes to the ICO's powers coming next year with GDPR. 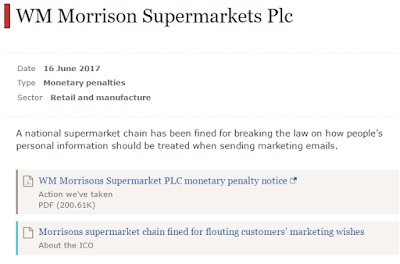 There are still a lot of people who think GDPR will be the next Y2K - I've literally heard two separate groups of people say this. I think a lot of people think that the ICO is a paper tiger and if you pushed them for an example of their actions they'd at best recount TalkTalk's record £400,000 fine. I thought then it might be interesting to review all of the monetary penalties the ICO has issued since the start of this year up to yesterday. All enforcement notices can be viewed online here.

ICO Monetary penalties - 01/Jan/17 to 17/Jun/17, by Sector
The ICO enforcement notifications include a Sector category. Compiled, the totals by Sector are as follows: 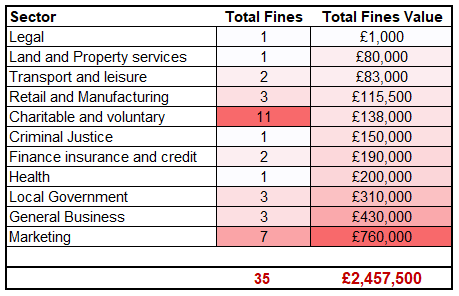 ICO Monetary penalties - 01/Jan/17 to 17/Jun/17, by Offence
The ICO enforcement notifications include details around the offence. Compiled, the totals by offence are as follows: 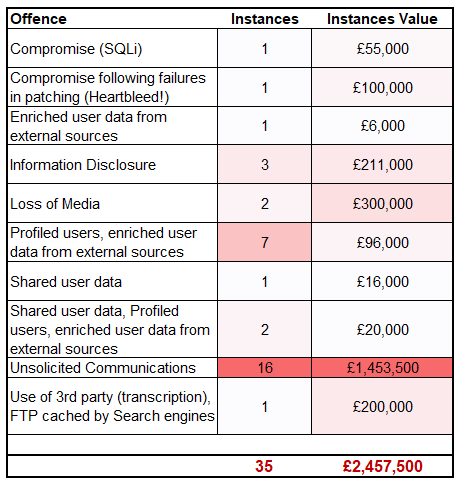 Plotted by their date and fine value, the ICO enforcement actions look like this: 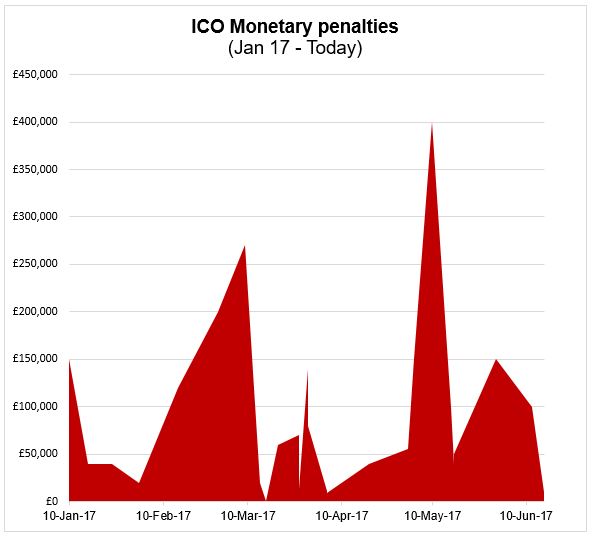 Summary
Hopefully this simplistic analysis highlights that the ICO is an active authority and that they can and will fine organisations who fail to protect personal information or abuse the rights of individuals they hold information about.
data protection gdpr ico
Location: Wycliffe House, Water Ln, Wilmslow SK9 5AF, UK

Popular posts from this blog 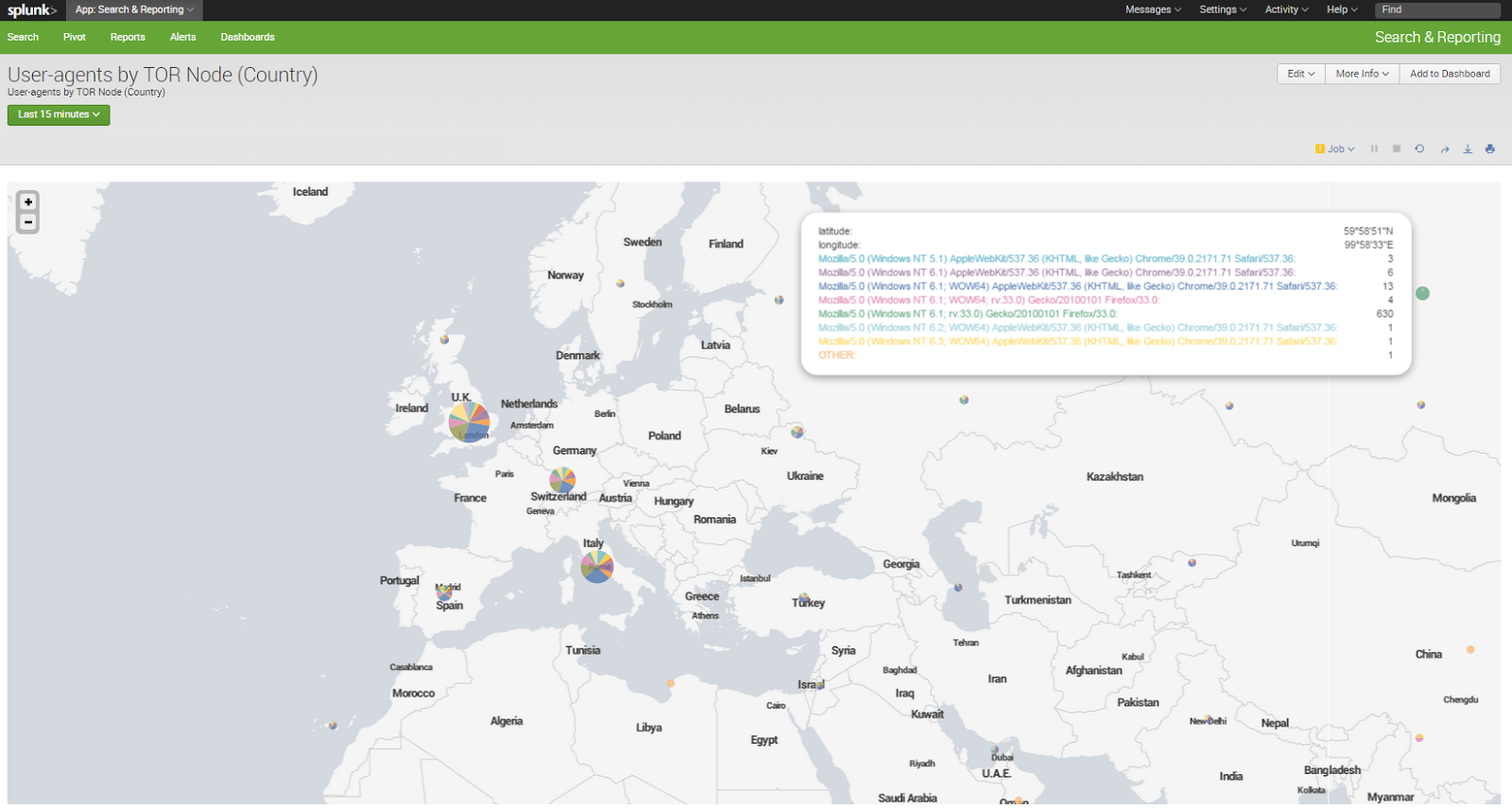 Apart from being a source of all too frequent and embarrassing typos, Splunk is a big data platform which allows you to interrogate data and present results is a variety of contexts and visualisations. I've been using it for a little over 12 months, self teaching or Googleing as I go, predominantly to sift through the terabytes of logs from various applications and appliances that get generated in my 9-5 every day.  You can use Splunk to build dashboards which are typically better than the ones that come with the product ( full size )  I've started to pull together all the searches, notes and bits of code into a sort of security cheat sheet which I thought would be a good thing to share as well as providing some real world examples of how you might use Splunk in a security context.  Cheat Sheet I'm actively working back through my notes and adding to this all the time so it might be a good thing to reference via the URL or re-visit from time to time. I'll t
Read more 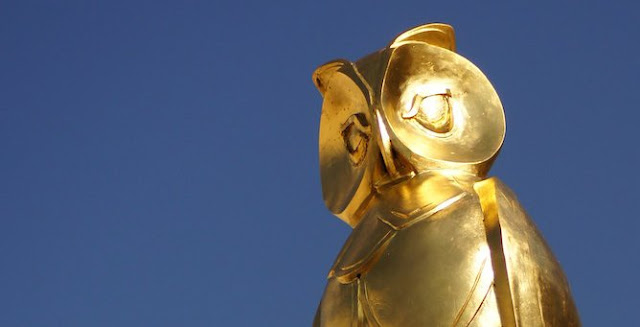 Conscious that it's been some time since I wrote a post so I thought I'd write a little something about the developing Leeds 'scene' since co-founding DC151 and helping (albeit a little) with BSides Leeds.  DC151 (Every 2nd Wednesday) I'd complained for years that Leeds had no regular social gathering for people like us so when Mark C  announced BSides Leeds and everyone looked this way I picked up the phone and start texting. After some hurried planning I agreed a format and charter with Matt  and we committed to a date for the first gathering, October 11th. We gave ourselves around two months to sort everything, including finding a venue.  So far we've now held four gatherings and I couldn't be happier with how it's worked out. We've had to learn as we go and tweak the format along the way.  We've had some great talks and we continue to receive  support and attract interest beyond LS1.  If you're interested in com
Read more

PCI-DSS: Your CDE may be getting bigger 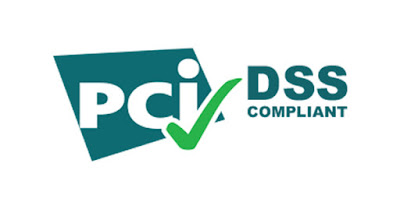 In December, the PCI Security Standards Council released guidance around scoping and network segmentation for card data environment (CDE) assets. In their own words: “Many organizations struggle to understand where PCI DSS controls are required and which systems need to be protected. This document provides guidance to help organizations identify the systems that, at a minimum, need to be included in scope for PCI DSS. Additionally, the document provides guidance on how segmentation can be used to help reduce the number of systems that require PCI DSS controls.” The guidance goes on to visualise a scoping process, considering each category of system in turn: I believe it’s worth highlighting the ‘broadness’ of the “Connected to OR Security Impacting Systems” . These are cases where the: System component is on a different network (or subnet or VLAN), but can connect to or access the CDE (e.g., via internal network connectivity). System component can connect
Read more